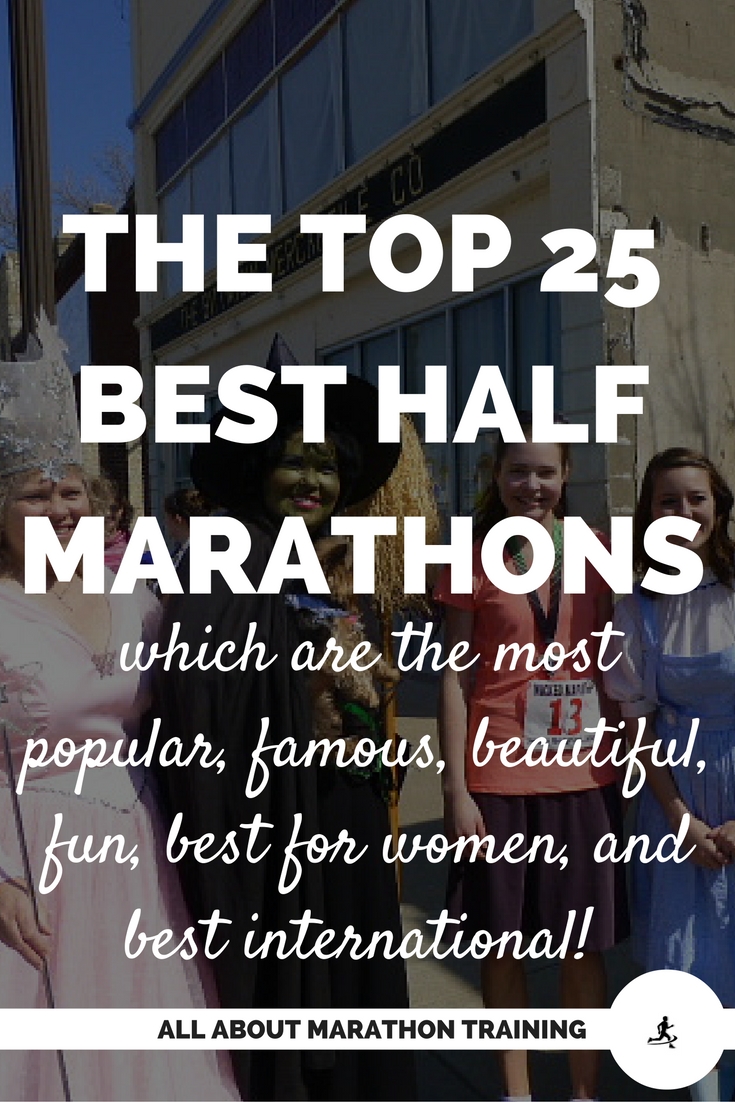 This list of the best half marathons in the world are divided into the most beautiful, most famous, most popular, most fun, best for women, and best international!

There are so many great races out there and many are bucket list opportunities!

Do you have a favorite? Which ones are on your bucket list? Let me know in the comments!

List of the Best Half Marathons in the US & Around the World:

Best Half Marathons for Women:

Need a Half Marathon Training Plan?

Check out my step by step guide to training for a half marathon!

It has 7 half marathon training plans listed on that page for you to train and run your own best half marathon!